For more than 90 years, Springfield College’s premiere summer camp has embraced the mission of Springfield College, and has remained true to the vision of those who founded the experiential-based camp. This year’s camp stresses the understanding of respect for yourself, your counselors, your peers, and the environment. This special summer program provides memorable experiences for everyone involved.

“Even before I decided to attend Springfield College as a student, I was a camper from ages eight to 15,” said Springfield College graduate Kaileigh Keizer ’11, G’13, who has gone on to have a successful career as a physical education teacher at Fort River Elementary School in Amherst, Mass. “The experiences I gained as a youth at camp led me to want to be a camp counselor. The experiences I obtained as a counselor have helped my professional career because I was writing lesson plans at 15 and 16 years old, and I have gone on to a career where I am still writing lesson plans 15 years later.”

Not only does this year’s camp provide eight weeks of fun-filled activities that have an educational component to them so campers learn valuable life lessons through experiential opportunities, hands-on activities, and peer relationships, but the camp counselors who are helping plan and lead the daily activities are growing right along with their campers.

“That is a great aspect of camp, the counselors have the opportunity to grow as individuals, right along with the kids attending the camps,” added Keizer. “I remember watching the campers just get so excited and have these moments of growing up right in front of our eyes, but I also had the opportunity to grow right along with them. That is what makes this camp so special.”

Each day, attendees experience a variety of activities through a block rotation, and have the opportunity to participate in the challenge course, archery, boating, aquatics, outdoor games, and an open block that may include, but is not limited to arts and crafts, music, woodworking, and theater.

“Some of the best days of my life were being a part of camp at East Campus,” said Springfield College graduate Cam Labelle ’18, G’20, whose experiences working with youth at camp helped prepare him for an exciting career as a third grade teacher at Stony Hill Elementary School. “To be able to work with the kids and help provide them with so many memorable moments, those were really some of the best summers of my life.”

The History of Camp at East Campus

Originally known as Springfield College Day Camp, the first summer session was held in 1934. At that point, camp ran for two one-week sessions, cost $3.50 per week, and initially included 190 boys, ranging in age from 9 to 14 years old, and eight staff members. W.M. Grimshaw was the camp’s first director. Located where East Campus of Springfield College is today, the camp buildings included Pukwana Lodge—built in 1931 and destroyed by fire in 1964—and the Southwestern style building—built in 1932 and still erect today.

Since that first season, the camp has been in operation each summer, with the exception of 1944. In that year, the Sunday Republican reported that “the area was taken over by the Navy for recreational purposes.”

The camp proved to be so popular that the 1935 season was extended to six weeks, and the 1936 season ran for seven weeks. In 1966, the program was extended to eight weeks, with four two-week periods of camping.

Springfield College Day Camp added a program for girls in 1937 that began after the boys’ session ended. The success of the girls’ program led to the establishment of a coed camping program the following year, with boys and girls in separate units. The director of the boys’ unit was Mr. Bliss Sargeant ’34; his wife, Adeline Griffin Sargeant ’39, was the girls’ program director. The Sargeants directed the camp until 1942, when Springfield College Professor L.K. Hall took over as director for two years.

In 1944, Howard MacMullen became the camp director, a position he held until 1966. In 1948, MacMullen invited campers and their parents to a reunion on March 6 that featured singing, movies, a volleyball game in West Gym, and a trip to the newly constructed Memorial Field House on the Springfield College campus. The cost of the reunion party was fifty cents.

In 1949, Springfield College President Paul Limbert appointed Professor Charles F. Weckwerth as chairman of the camp’s board, noting that the camp would “serve as a laboratory” for Springfield College students who were majoring in recreation and camping.

The camp celebrated its 50th anniversary season in 1984. Then-director Paul Katz remarked at the time that the season would be “like one big birthday party” and would feature a number of events, including camp mascot C.M. Ant blowing out the candles on a birthday cake, the burial of a time capsule on the campgrounds, and the launch of a Real World Science camping experience program. 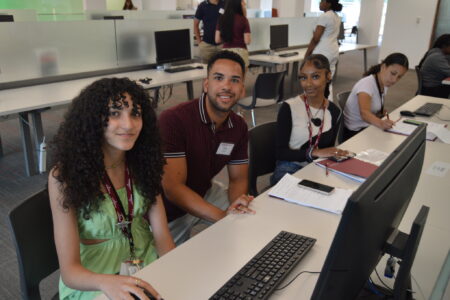 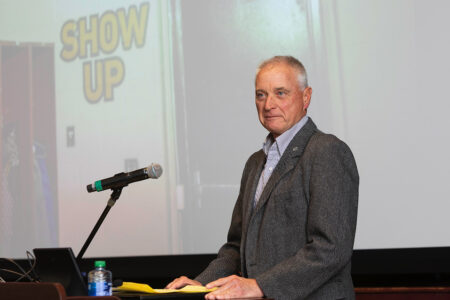