Roberta Christman fell in love with Springfield College through the love of her life, her late husband, Stanley A. Christman ’43. Stanley came to Alden Street after growing up in upstate New York, about 30 minutes outside of Albany. It was Stanley’s passion for coaching that inspired him to come to Springfield College, an institution that has a rich tradition in developing strong leaders.

Stanley passed away in 2014, but the memories that he and Roberta shared at the College together remain as strong as ever. Stanley was training to become a Navy pilot during his college years, with Stanley and Roberta returning to the campus following the conclusion of World War II in 1945.

“We ended up living at East Campus in a trailer, a community that was set for about eight to 10 other students returning after the war,” added Roberta. “That trailer community as we called it, it was a saving grace for us, we built some strong connections with the students, spouses, and their kids that were living there. I can remember walking up to, what is now the East Campus Outdoor Learning Center, and doing our laundry. Just very nice memories we still have.”

In fact, it was Roberta and Stanley’s time at East Campus where the couple found their life-long enjoyment for skiing. After noticing ski equipment sitting outside of the trailer next to their living space, Stanley set a goal for his family that came true as their life together carried on, well past their days in college.

“Stanley said to me, I want to have our family be a family that has us skiing into our 80’s,” said Roberta. “Well, it came true, as our family, which also consists of my sisters, who are 90 and 95 years-old, all enjoyed our skiing. Our daughter even started skiing at a young age at Springfield. We all kept skiing in our lives, as we went into the resort business.”

After leaving Springfield College following Stanley’s graduation, the couple didn’t return to the campus until four decades later. It was during their 40th Springfield College Reunion Weekend, when they returned to Alden Street, and ended up reconnecting with some long-standing friends they hadn’t seen since graduation.

“It was during our time at Reunion Weekend, in 1983, where Stanley and I were looking out the windows of the Administration Building on campus, and we heard a familiar voice,” said Roberta. “We heard someone say, is that Stanley Christman, and we looked down the stairs, and it was Don Keil ’51, and his brother, the Keil brothers. We couldn’t believe it, it had been so long, it was so great to see them, and I remain connected with them.”

“Don still sends me smoked salmon from his home in Alaska during the holidays,” added Roberta. “He is amazing, we end up writing him letters thanking him for everything, he is just a great person. He is always asking about our family, and it’s always nice talking about Don. Springfield College brought us together.”

Following their time at Springfield, Roberta and Stanley returned home to Windham, N.Y., where Stanley was teaching science, as well as running a dairy farm, and starting to venture into the resort business.

“Stanley always studied so hard, and that was true when he was teaching as well,” said Roberta. “He would wake up early, milk the cows, go teach, and at night study to get prepared to teach his classes. He was so good in taking care of the cows on the dairy farm, and when we had to sell the cows to help make sure we could get our kids through college, the people buying the cows said they were some of the best cows they had been around.”

When the resources of running a dairy farm became challenging, it was Stanley and Roberta’s son Brian, who came up with an idea in how to re-manage the land they owned for the dairy farm, and have it turn into a new adventure.

“It was our son Brian, who looked at the land, and said how about a golf course,” said Roberta. “Well, looking out the window now, there is the golf course.”

It’s Brian and his wife Ruth, who currently help run and manage the Christman’s Windham House Resort, which is open year-round.

“I was still in it up until around seven years ago, when I was 93,” added Roberta. “But, Brian and his wife do a great job now, still the family running it.”

It’s been family that has kept Roberta connected with Springfield College all of these decades later.

“I certainly have my connections at Springfield through Stanley,” said Roberta. “I still get amazed how great the campus looks now, obviously so different.  I just have so many great memories that are special to me and the family. It’s been a blessing.” 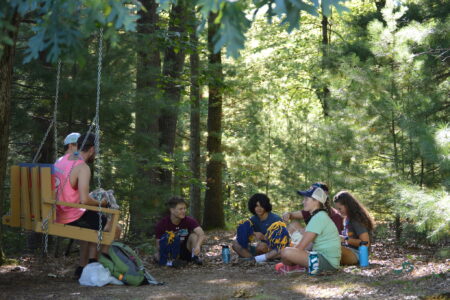 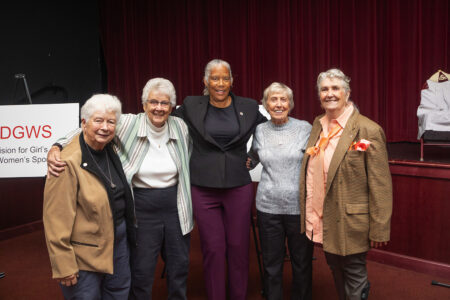 One Million Dollar Gift to Impact Students at Springfield College